The trail for Charles Rodrick, Brent Oesterblad and Sara Shea is set for November 30th this year. We'er working on this website as time permits. Sorry for the mess!

Charles Roddrick enters a plea of not guilty. Next court dates set.4/14/21

Charles Rodrick has entered not guilty please to the charges he is currently facing out of Arizona. 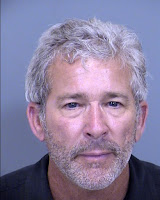 You should also view the restitution brochure found here:

The first link seems to have the most information.

On Wednesday, April 6th, 2021, the FBI arrested Charles Rodrick as he landed in Phoenix, Arizona after a return yearly birthday trip from Costa Rica.

As of this writing, Mr. Rodrick has been sitting in Maricopa County's jail and has been fitted with a tracking bracelet.

UPDATE: 7:40pm PST, April 6th, 2021, Records indicate he has posted the $30k bond and is free from physical custody. However, he is still fitted with the GPS tracking bracelet.

The following is the case number:  CR 2021-001246 and Mr. Rodrick was arrested via warrant.  Mr. Brent Oesterblad and his wife Ms. Sarah Shea were served summons all based on Grand Jury Indictments of the following:

At this time, Mr. Rodrick has had his initial appearance and is set for arraignment on 04/14, further court dates will be set at that time.  Mr. Oesterblad and Ms. Shea are to appear in Superior Criminal Court on 04/27 at an appointed time to be arraigned and further dates set.

Discovery process for the State of Arizona system is different in that it has already been conducted and the due process of a speedy trial should prevail in this case unless any of the parties wish to discuss plea agreements.  If not, at arraignments is when they enter their plea to move forward.

Charles Rodrick is the ringleader behind a network of websites that extorted, harassed and stalked those who have been labelled as sex offenders. Mr. Roderick and his long-time business partner and friend, Brent Oesterblad were identified as the owners or operators of websites like Offendex.com, Offendex-data, Sexoffenderarchives and more. Charles Rodrick would later start harassing and profiling attorneys, reporters and other professionals.